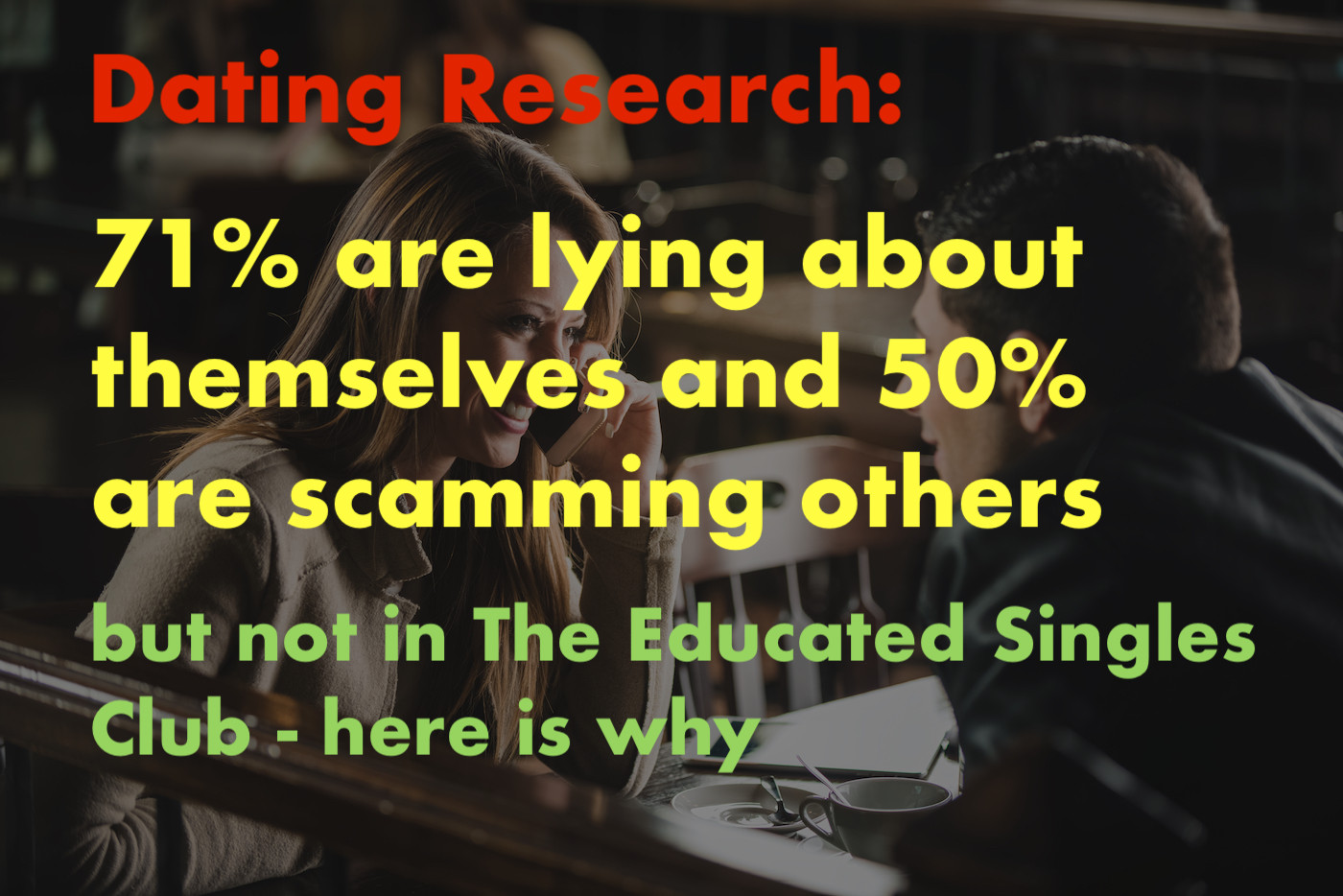 Most educated singles are not getting what they expect when joining dating sites. The Educated Singles Club is, however, the exception. A vision, thorough validation of information and a different business model makes the difference. More people are living alone than ever before. In Singapore, it is 31% who are singles, in London 44% and 43% in Paris. Many of these people have a profound desire to find a partner and many spend a lot of money on dating sites, just to get disappointed over the quality and safety.

The Educated Singles Club offers a completely different dating and networking experience because the founder, Dr Finn Majlergaard committed to some powerful principles from the very beginning.

So what makes The Educated Singles Club unique?

1. Members must have at least a master's degree and a mature LinkedIn profile. This way the Educated Singles Club can verify both identity and education level before an applicant is approved. Often, the club connects with an applicant on LinkedIn and asks the applicant to confirm, on LinkedIn, that they are applying for membership in the club. The club rejects 85% of the applications on average because they fail in different steps of the verification process. This is the only way the members can be guaranteed authenticity and a safe dating environment.

3. The Educated Singles Club has a very transparent business model, which means the members pay a membership fee, which covers the cost of maintaining and developing the community. Privacy is preserved at all times, and no information is shared or sold to a third party.

4. The Educated Singles Club is 100% independent, so no external investors can push the club to compromise its core values and principles.

5. The club is global but based in the EU, which has the strictest privacy rules anywhere in the world.

Members of The Educated Singles Club are more mature

Visions for The Educated Singles Club

The founder and owner, Dr Finn Majlergaard has some great visions for The Educated Singles Club.

First of all, the club is currently recruiting ambassadors around the world, who can develop local communities and organise events strictly for members. The initiative started before COVID and the events were a great success. The members came to an event to learn about a topic, for instance, an artist or the latest in a field of science. As it was not a dating event people were more relaxed and could connect more freely with fellow members at the reception after each event. The Educated Singles Club is now revitalising these events with the hope there will be no new lockdowns.

It is also Dr Finn Majlergaard's ambition that the combined pool of knowledge and experience in The Educated Singles Club can be used to develop new innovative ideas and solutions to the problems our planet is facing. A virtual global think tank like that can deliver valuable contributions to the big questions and challenges we face. As it is a club and not a traditional dating site, the members can propose and lead initiatives within the club as long as they are not categorised as political or religious.

Dr Finn Majlergaard is proud that The Educated Singles Club has achieved so much despite temptations from external investors. Standing firm on the right principles is the noblest thing any organisation or individual can do Dr Finn Majlergaard says.