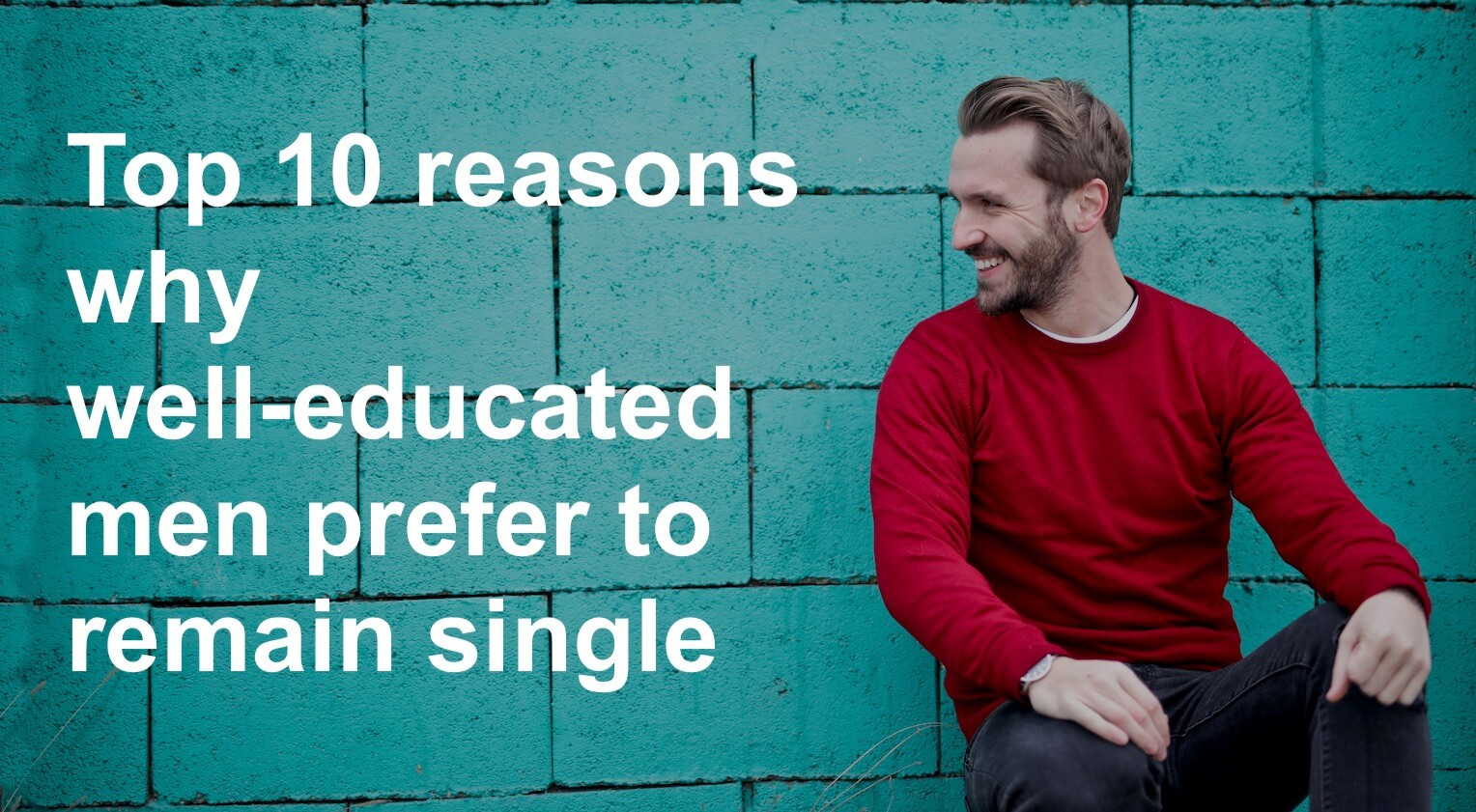 In the Educated Singles Club we regularly conduct surveys among the members on various topics related to our mission. The results are pretty consistent. Our members are mostly interested in meeting that significant other, but they have time to wait. That is why we encourage our members to show as many sides of themselves as possible in the profile and when participating in the community.

More well-educated men are happier being singles than earlier

A recent development is that well-educated men, in general, have become more content being single than before. We write in general because we haven't researched if there are differences in age groups, countries, number of previous relationships, etc.

Why have well-educated men become happier with being single?

There are a lot of reasons why men have become happier being single. Here are the top 10 reasons from our latest survey:

Apply for membership of The Educated Singles Club today

The Educated Singles Club is for you whether you are actively looking or not.